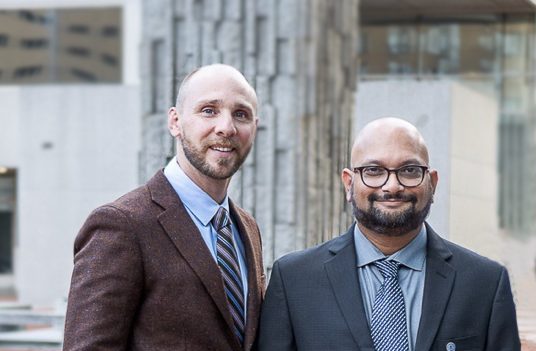 When UConn math department administrators were thinking about revamping their courses about seven years ago, they asked professor Amit Savkar to look into why so many freshmen dropped out, withdrew or failed math classes.

High school students are tested and promoted based on scores, but two people who receive the same score don’t necessarily have an equal grasp of the material.

The research he began in 2013 led him to rethink how UConn and other higher-education institutions assess students’ individual knowledge gaps, and teach pupils specific concepts without forcing them to repeat an entire course.

With about $725,000 raised from investors, Savkar and Moschella are gearing up to launch the platform over the next couple of months, and see 2021 as the year of Stemify’s global coming out party.

Since the COVID-19 pandemic forced school campus closures, and elevated the importance of online-learning tools, the marketplace has grown more crowded, Moschella said. That doesn’t bother him much.

“It’s a multibillion-dollar market, and I think we have a good opportunity to take a good percentage of market share,” Moschella said. “I have high, high hopes and believe that this company can be an absolute global behemoth.”

Savkar, who started working at UConn in 2007, was in charge of the math department’s online programs in 2013 when he was tasked with figuring out what was leading to high rates of failures and withdrawals in first-year math courses. He looked into things like how students’ math skills are assessed, and how pupils are placed in basic to advanced courses.

It became apparent that there weren’t specific mathematical concepts causing issues. The common thread seemed to be a broad brush approach on the part of instructors.

If two students score the same on a math placement test, they end up at the same course level, Savkar said. But the answers one student got wrong might indicate a misunderstanding of a core concept, while another student may have made a simple calculation error.

That approach leads some students to be placed in a math level that’s over their heads, while others are forced to repeat an entire course, when a quick tutorial on one concept would be enough to catch them up. As a result, students often get frustrated and quit, or stay and fail.

As Savkar conducted his research, he compiled a trove of data on students’ math deficiencies, and began making five-minute video tutorials that taught individual concepts. By the time Analoui introduced him to Moschella — a TIP board member — Savkar had enough data to create a 15-question assessment that more accurately identifies students’ weaknesses, and a cache of instruction videos.

Moschella said he previously avoided investing in education tech startups, since there didn’t appear to be many successful business models coming out of that sector, but he met with Savkar, who showed him the data he’d gathered and how he could use it to create individualized lesson plans.

“I looked at it and said, ‘how do we give this to the entire world?’ “ Moschella said. “Not only did he identify the gaps and give appropriate, personal study plans to these kids, but he also identified what their gaps were, and could predict the success that they were going to have in future courses.”

From there a partnership was born and Savkar Inc. was formed, with Savkar as CEO and Moschella as chairman.

The company has since received seed funding from the Angel Investment Forum of Connecticut, Connecticut Innovations and the UConn Innovation Fund.

In the two-and-a-half years since the duo went into business together, Stemify has drawn the interest of investors and educators, alike, Moschella said. Currently six institutions — which the founders declined to identify — are using Stemify, and giving feedback to work out any kinks before the product’s official launch.

Investor interest only intensified in recent months since the COVID-19 pandemic hit, Moschella said. In fact, the 16-employee company, which recently hired two sales people, has turned down money from investors looking to throw cash at distance-learning tech companies.

He said he’s confident there will still be plenty of interest in Stemify when it’s launched commercially over the next year.

“I’d say 2021 is our real coming out globally,” Moschella said. “I do believe that this can be a global platform; if anything transcends any culture, it’s math, it’s truly a global language.”

In the future, Savkar and Moschella plan to expand the program to science, technology and engineering courses. Such a product, Savkar said, could be key to American higher-education institutions producing more STEM graduates, and making the subject matter more accessible to people all over the world.

“Why is it that our country, the United States, is so behind on mathematics and sciences, yet the cutting-edge technology happens in this country?” Savkar asked. “When investors see the product, they see the vision of what that product could have as an impact on society in general, and on the ed-tech market.” 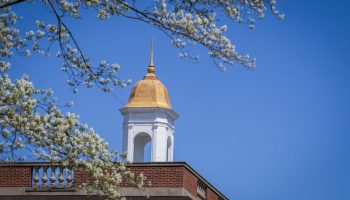 Get started with Stemify today

Get a Demo Today